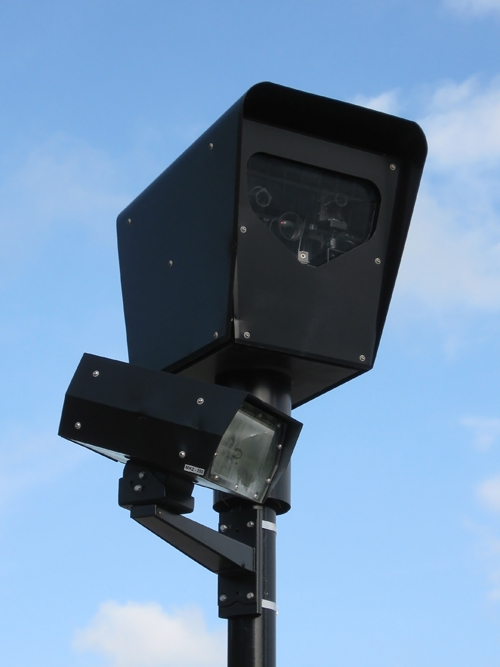 According to the Insurance Institute for Highway Safety, about 22% of traffic accidents in the U.S. are the result of drivers running red lights. Deaths caused by running red lights are increasing at three times the rate as all other fatal car crashes. It is clear that something needs to be done about this problem, and the solution is being implemented in a variety of states – red light cameras.

Technically speaking, red light cameras are known as license plate capture cameras in the security industry. Red light cameras detect vehicles that pass strategically placed sensors after a traffic light has turned red. Photographs or videos are taken to document the violator so that citations can be filed. While these security cameras are intended to deter traffic related crime, they have also been extremely beneficial from a greater safety and security standpoint.

Red light cameras use sophisticated technology, but the concept behind them is relatively simple. These systems will require one or more cameras, at least one trigger, and a computer. In a typical system, a security camera will be placed at the corner of an intersection, and it is usually fixed to a pole at about the height of the traffic light. The security cameras will point inward so that they can photograph cars as they drive through the intersection, specifically when they hit triggers. These triggers will detect when a car moves past a particular point in the road.

The computer inside the digital video recorder is the actual brains of the operation, and it is wired to the triggers and to the camera. The computer will constantly monitor the traffic signal, and if a car sets off a trigger after a light turns red, the computer will take two pictures in order to document the violation.

Not everyone is a fan of adding security cameras to traffic lights despite the security benefits that these surveillance systems provide. Some controversy surrounds the use of red light cameras and the use of security systems like CCTV.

Red light cameras are intended to deter speeding and aggressive driving. The thought is that once a driver is aware that a speed camera has been installed at a certain intersection, they will begin to drive the speed limit in that area. Additionally, if they encounter enough speed cameras, they may alter their driving behavior long-term, as they may assume that cameras are everywhere that they drive.

When it comes to speeding and aggressive driving, the National Motorist’s Association has cited a few potential drawbacks:

The Right to Due Process

Some organizations are concerned that red light cameras raise fundamental concerns about due process. The registered lessee or owner of a vehicle will be held liable for an alleged violation unless he can prove that someone else was actually driving the vehicle. When you consider how many people drive cars registered under the name of a spouse or parent, some people think that red light cameras result in the presumption of guilt over innocence.