Using Video Surveillance to Advance the Survival of Wolf Populations 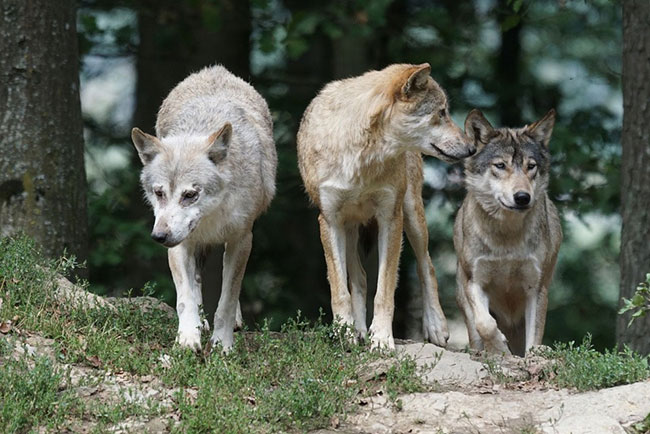 Wolves are socially complex animals who form packs to survive in the wild. Members of the pack rear pups together, hunt together and even battle other wolf packs for territory and food. Wolves cooperate to increase their chances of survival. When it comes to keeping wolves in captivity, there are a variety of factors to keep in mind. From pack dynamics to weather tolerance, understanding the needs of captive wolves is important to better aid in their care and well being.

Managing a pack of wolves requires a good comprehension about pack dynamics. One of the most intense periods of pack management is when wolves mature from yearlings to adulthood.  This occurs between 18-24 months and young wolves inherently look for weakness of older pack members attempting to move up in rank order.  Having a surveillance system allows us to see the dynamics play out on camera so wolf care staff can identify the potential tension before entering the enclosure for daily care.

Wolves are social carnivores, and in the wild, they may disperse and find a packmate to form a new social group. In captivity, we make the decisions for wolf dispersal, and while we might have a plan for wolves to join each other, it’s ultimately up to them to show social cohesiveness. The surveillance videos offer that option to see true interactions between packmates that is not influenced by the wolf care staff. This gives us a much better representation of how the wolves are interacting.

As captive managers, we are responsible for the pups we adopt from the moment we meet them until the end of their lives.  We often manage older wolves that have a series of aches and pains.  One thing we know about wolves is that they may attempt to mask pain in the presence of pack members, likely a survival mechanism to avoid showing weakness.  The wolf care staff experience the same problem trying to determine if a wolf has a vulnerability due to an injury. Surveillance cameras give us the opportunity to observe, without biasing the observations.  In this clip, our 13-year-old wolf Grizzer is responding to the pain caused by an Anterior Cruciate Ligament injury.

Sometimes wolf care staff enter the enclosure and say “How’d that Happen”… with the presence of security cameras and network IP cameras, we now have the ability to answer that question.  The video below is an example of just that. In the case of young wolves and low hanging branches, there isn’t much we can do about it, but at least we know the reason.

Ely, Minnesota is the home of the International Wolf Center’s flagship facility with a captive wolf exhibit.  If you are familiar with Ely, Minnesota, you may know that winters can be long and cold, with a lot of snow. Wolf Care staff use camera systems to help monitor the wolves tolerance of the environmental conditions, cold and snow in winter and heat and humidity in summer.  Both extremes can be problematic for wolves, especially our retired wolves, Grizzer and Luna.

Wolves are highly intelligent and social animals. They can hide pain to appear as if they're strong when they are injured, they can form friendships, and much more. Observing wolves in captivity reveals that the relationships between wolves go much deeper than what they appear on the surface and proves their complex nature and intelligence.