What Is Cyberbullying and How to Prevent It

Bullying is nothing new, but teens these days must also navigate the challenges of the digital landscape. Parents and teachers who grew up in a different generation may struggle to understand the many nuanced forms that online bullying, or cyberbullying, can take.

Any form of bullying is hurtful, but cyberbullying can be especially damaging because of the nature of the digital world. With cell phones and laptops, students carry their bullies in their backpacks, meaning that they cannot even escape their tormentors at home.

What's more, because of the sneaky nature of cyberbullying, parents and teachers may be completely unaware that a problem is happening unless they are closely monitoring their children's social media usage. And, teens may be reluctant to open up about cyberbullying for fear of losing access to the digital world.

Cyberbullying is clearly a problem, but what can we do about it? Preventing cyberbullying begins with understanding the nature of the issue. In this article, we'll discuss what cyberbullying means, how to prevent it, and what to do when cyberbullying happens. 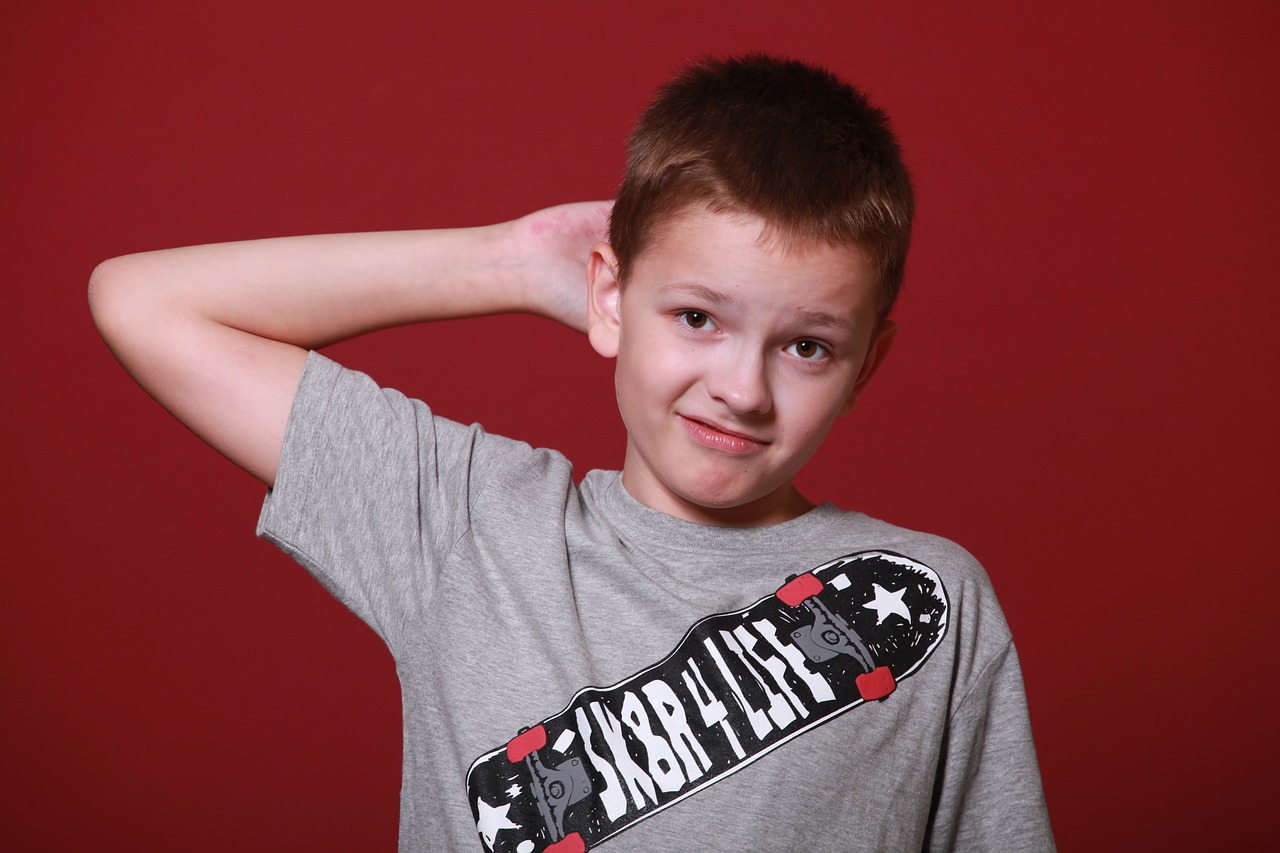 Cyberbullying is when technology such as cell phones, laptops, and gaming systems are used to harass, threaten, embarrass, or target another person. While many of us know that cyberbullying exists, it can be challenging to spot because it is not as obvious as "traditional" bullying.

Rather than directly tormenting or teasing an individual at school, cyberbullies utilize the power of the web to leave cruel comments, spread embarrassing photos or videos, or even create fake social media accounts to target the student. Once posted on the web, much of this information becomes permanent and impossible to ignore, especially due to its potential to go viral. And, because social media goes with us everywhere, teens cannot escape cyberbullying even at home.

As a result of this constant access to the digital world, teens may feel hopeless, as if there is no way out of the torment. Extreme or prolonged cyberbullying can lead to anxiety, depression, and even suicide. Even so, teens may not want to disclose cyberbullying because they are embarrassed or do not want to lose access to their digital devices.

Cyberbullying is a growing problem, affecting nearly half of American children. Most children believe that cyberbullies do it because they think it is funny or because they believe there are no consequences. However, this could not be farther from the truth: in addition to the permanent consequences of mental health issues and suicide, cyberbullying is actually illegal in many cases.

Teens may not want to discuss their online activities openly with their parents. As a result, it can be challenging to notice when something is wrong with your teen's digital life. Some signs that your child may be the victim of cyberbullying include:

How to Prevent Cyberbullying

Cyberbullying is a serious issue linked to mental health issues, such as suicide. In some cases, cyberbullying is even considered criminal behavior. As a parent, it's important to understand that cyberbullying prevention begins at home. No one wants their child to be a party to cyberbullying, whether they are the perpetrator or the victim -- but neither can parents expect that ignoring the problem will make it go away. It's important both to be aware of your child's online activities and to set and enforce expectations of how your child will behave online. Here are some steps you can take to foster digital awareness and prevent cyberbullying in your home.

Many parents are hesitant to monitor their teens' digital activity because they do not want to invade their children's privacy. While it's important to maintain your teen's trust, you should also be aware of their activities online to a reasonable extent, so you can protect your child from engaging in or becoming a victim of cyberbullying.

Parents do not need to read their teen's text messages or posts, but they should at least know who their children communicate with online and what social media sites their kids have accounts on. If you use social media, consider friend-requesting your child online, but do not abuse the privilege by leaving comments on their posts.

Digital awareness also includes being aware of the ever-evolving nature of the digital landscape. Social media sites frequently change in popularity, and new platforms are constantly arising. As a parent, it's important to keep up with the newest technology so you can monitor your child's online activities.

When Cyberbullying involves a bully at school, parents can reach out to schools for help. Schools can incorporate physcial security like security camera systems to help provide footage of incidences of bullying at school, and help mitigate it as well.

Some teens engage in cyberbullying because they feel there will not be consequences for their behavior. Other teens may be afraid to report cyberbullying because they do not want to admit to doing something they weren't supposed to do online. Setting clear expectations with your teen about their digital media usage can prevent these problems by providing a framework for proper online behavior.

Your child should be informed about the consequences of their online media usage, including the permanency of comments and photos online. They should understand the risks of activities such as cyberbullying, hateful speech, or sharing nude photos, including the potential legal repercussions of these activities. And, they should know which apps are okay and not okay to use, as well as the amount of time they are allowed to spend on their digital devices each day.

These days, kids are educated about the importance of digital privacy, such as not chatting with strangers or sharing personal information online, from a young age. However, that does not stop many teens from engaging in dangerous behaviors online. While cyberbullying is never the victim's fault, risky digital behavior can make it more likely that your teen will find themselves on the receiving end of harmful online activities.

Teens should know how to keep their passwords and personal information safe online, including when it is and isn't appropriate to share this information. Educate your child on the importance of privacy settings and encourage them to make an informed decision about whether to put their social media accounts on "private" mode. In some cases, keeping social media private may put your child at lower risk of becoming a cyberbullying target.

Just as you should set clear expectations for proper digital behavior, you should also establish clear consequences for when those expectations are not met. If you discover your child breaking the rules regarding digital behavior, consider restricting access to their digital devices or implementing another form of punishment. Make sure your child knows what the consequences for these actions will be in advance, and ensure that you stay true to your word by enforcing those consequences if your child breaks the rules.

No parent wants to find out that their child has been bullying another child, online or off. However, when you discover your teen has been cyberbullying, it's especially important to take action. Do not try to trivialize, rationalize, or ignore the problem. Chances are, if you do so, the cyberbullying will only get worse. There could be serious or even criminal consequences for your child's actions in some cases, so it is best to intervene before cyberbullying becomes a bigger problem. Do what you must to ensure that the bullying doesn't happen again by investigating their device usage and limiting access to those devices until you feel they can be trusted.

What to Do When Cyberbullying Happens

If your teen is a victim of cyberbullying, the most important thing you can do is take action. Teens may want to downplay the problem, but cyberbullying can have serious consequences for your child's mental health. In some cases, cyberbullying may even violate the law. Here are some ways you can intervene when your teen faces cyberbullying.

Some teens may feel tempted to retaliate to cyberbullying. It's important that you communicate with your teen that the best thing they can do is to avoid responding to the cyberbully. Blocking the cyberbully's accounts, deleting messages without reading them, or reporting messages or posts to a social media website are all effective ways that teens can deal with cyberbullying without becoming a cyberbully themselves.

Reach Out For Help

Make sure your child knows where to turn if they find themselves in need of additional support to cope with cyberbullying. Encourage them to turn to a friend or trusted adult, such as you, a teacher, or a guidance counselor, to discuss how cyberbullying has made them feel. In some cases, it may be appropriate for your child to speak with a mental health professional. Because of the correlation between suicide and cyberbullying, consider sharing the suicide prevention hotline number with your child. Your teen can call 1-800-273-8255 toll-free to speak with a trained crisis counselor at any time. Remember, talking about suicide will not put the idea of suicide into your child's head, and may actually prevent a crisis.