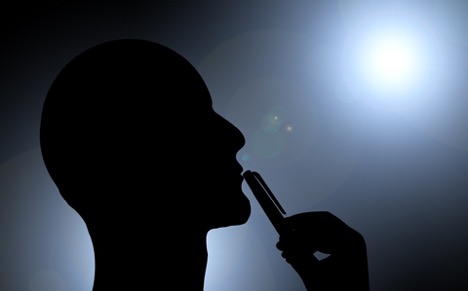 With discussions on privacy rights amongst individuals at an all-time high, the question of whether or not you should install surveillance systems in the workplace becomes a pretty complex discussion. On one hand you’d think that all businesses need security all-time installed to ensure a safe and comfortable working environment for all. On the other hand, what if people don’t want to be filmed? Employees, members of the public? What about areas such as changing rooms and public bathrooms?

In this post we’re going to take a look at the various pros and cons of having security cameras in the workplace as well as the legal implications you need to consider should you choose to go ahead with an installation.

Pros of Having Security Cameras

It Gives an Overall Sense of Security

Having video surveillance systems installed at the entrance of your business is a great way to log the faces of each individual that enters and also is in a prime position for people to spot. Just the fact that a surveillance camera is there may deter some criminal activities, and, as for workers, they will likely see it as an essential part of keeping the workplace safe.

It Can Reduce Workplace Theft

Theft can always be an issue in the workplace, whether it’s from someone external breaking in, or if it’s internal theft from employees. Though the latter only accounts for around 15% of all workplace theft, that still represents an alarming number of employees when you consider it on a national level and some news outlets report that workplace theft is on the rise.

Some theft is commonplace in sectors such as retail, where tangible goods are being sold, and cameras can be really beneficial in preventing this, but theft can also happen on an intellectual level. IP theft can cover a wide range of things from trade secrets to new innovations to products and parts required to build equipment. However, when it comes to IP theft, it’s not really something that can be caught on camera.

It Can Reduce Harassment in the Workplace

Harassment and assault can be significantly reduced in the workplace if people know that they’re on CCTV, especially with more advanced systems that produce 4K Ultra HD quality footage and can track individuals or things. Sensitive issues such as sexual harassment are rarely reported, even in the time of the #metoo campaign, Forbes reported that at least a third of people are afraid to come forward. By having a surveillance system in the workplace, especially one with audio capture capabilities, victims of harassment will be able to come forward without the fear they’ll be branded a liar and face repercussions.

It Can Reduce Violent Attacks

Workplace violence happens more commonly than we may think. An article released just last month showed that workplace violence against healthcare professionals in the US is actually on the rise. Other workers that are more susceptible to workplace violence include teachers and taxi drivers (which is likely why we’re seeing an increasing number of surveillance cameras in cabs).

Not only can violence stem between workers and customers (or patients/students in the above example), it can also occur between employees, especially if there are strong disagreements towards a particular subject, or if someone has recently been fired and wants to cause trouble. Surveillance in the workplace may discourage such things happening, could help security guards stop it before it escalates, or, in a worst-case scenario, provide law enforcement with appropriate evidence to prosecute the culprits;  with 18,400 injuries and 458 fatalities reported in the workplace in 2017, that could be a lot of criminals brought to justice.

It Can Create a More Productive Workplace

Adding security cameras in the workplace isn’t just about preventing the bad things from happening, it’s also about ensuring that great things can happen too and that employees are working to their full potential.

Studies have shown that when using a surveillance system alongside other monitoring techniques, employees can be known to work harder, but only if they’re aware of the additional monitoring (see the privacy issues below) and if there is some sort of incentive to work harder. Blink, an Amazon company, reported that they help to keep employees accountable and smaller surveillance systems, like the ones they offer are ideal for smaller businesses due to lower overheads and flexibility.

Cons of Having Security Cameras

Surveillance Can Go A Little Too Far

One of the many issues with surveilling employees through cameras is that employees may be made to feel like they’re not trusted or are being spied on. Some businesses have gone as far as to monitor time spent in break rooms according to Lawyer Monthly, which lawyers like Vanessa Bell from Prettys says is a step too far and could overall have a hindrance on employee performance.

It can also be the beginning of a more invasive surveillance setup which could involve social media monitoring, email monitoring and even introduction of new technologies like ultrasonic bracelets that track employee’s location, all leading them to feel trapped in their place of work.

The workplace can be a highly stressful environment at the best of times, especially if you’re working in teams, have tight deadlines, and a never-ending to-do list. Some industries, such as IT, for example are also said to be more stressful work environments than other industries, with almost half of IT workers reporting significant stress at work.

Constant surveillance of employees could lead to increased stress and anxiety, causing employees to worry about whether or not their boss thinks they’re working hard or quick enough. Eventually, this could lead to decreased productivity as they think of ways to avoid the surveillance system and could even result in staff leaving and therefore an increase in turnover.

A False Sense of Security

An often-overlooked disadvantage of having surveillance systems installed in the workplace is that employees may be led into a bit of a false sense of security. Though video surveillance is designed to create a safer work environment, it only works if employees are still alert when it comes to their surroundings and if appropriate security personnel are also employed. Otherwise, the system could be deemed rather fruitless.

Installing a series of high-end wireless security cameras doesn’t come cheap, after all, a lot of manhours, research, and technology go into the small piece of equipment. Running the necessary wiring and installation of professional surveillance cameras requires a professional installer. Therefore, installing cameras in the workplace may just not be financially viable; however, if businesses feel the need to do so, it could result in them getting into debt for it. This issue is likely to present itself more in small business environments, where cash-flow is limited.

Video Surveillance Laws in the US

Here in the US, the specifics of the laws regarding video surveillance can vary by state so it’s difficult to establish a general reference guide of laws for employees when it comes to the use of CCTV in the workplace. This is made more apparent by the fact that there are no federal laws prohibiting the use of video surveillance equipment in public areas and places of work.

Despite opinions being voiced with regards to privacy, generally, people are accepting of video surveillance in the US, especially in areas that are known to be hotspots for crime such as alleyways, stairwells, and elevators. In a post 9/11 world, we’ve all become accepting of the fact that some level of surveillance is required to protect us. We are also considered to have much less CCTV overall, when compared to other countries like the United Kingdom, for example who literally has every inch of the country covered.

The installation of a surveillance system in common/public areas of the workplace like entrances and stairwells is more likely welcomed by employees, especially if they tend to leave the establishment after dark. Nevertheless, we highly recommend educating yourself on the local state laws applicable to you before investing in a video surveillance system for your company.

Despite the lack of federal law prohibiting surveillance cameras, there is, however, one small clause, which many consider being the federal stance on security cameras - whether they’re public surveillance systems or in the workplace.

The Fourth Amendment of the US Constitution safeguards members of the public from any unwarranted seizures and searches and deems that any search warrants issued must be sanctioned by a court before they’re considered legal. Therefore, any surveillance that is considered to be unwarranted and unnecessary may cause a lawsuit, but it’s hugely open to the interpretation of the courts and if you can prove your system is purely for the general safety and security of the business there will likely not be Fourth Amendment related repercussions.

The above act is also another federal stance on the world of video surveillance, but it’s majorly lacking in terms of specificity and is open to some pretty broad interpretations. It once again leaves the state to create its own laws pertaining to this act which many states successfully do.

The Verdict: Should All Workplaces Have Video Surveillance?

Despite some generic privacy concerns, I think that video surveillance is very much the norm in the workplace, and, as long as it adheres to the appropriate state laws there is really no harm in it.

Most members of the public will expect to be on some kind of security feed as they go about their day to day life and especially so in when they go into the workplace. If they’re dealing with things such as cash, inventory, or sensitive information it wouldn’t be considered unreasonable to want surveillance in place.

Where surveillance tends to cross the line nowadays, however, is when businesses decide to take staff monitoring to the next level. Monitoring employee’s computers, internet connections, social media, and inhouse chat conversations are just a handful of ways business owners are starting to monitor their members of staff and that kind of invasion can sometimes be met with an unwelcome reaction.

Some businesses are even using new, emerging technologies like ultrasonic wristbands to track locations of their staff members; it’s this kind of staff monitoring that is more of a cause for concern that general video surveillance at work.

Nevertheless, regardless of whether or not state law requires it in your area, it would be good practice to post signage in all places where video surveillance is operational to help develop a sense of honesty and trust between yourself and your employees.

For the most part, video surveillance is there to help ensure the safety and security of the workplace and should be welcomed by business owners and employers alike to create a better working environment.