How to set Abandoned Object Detection on your security camera 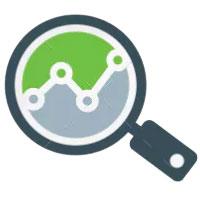 In recent years, taking proper security measures in public places has become an important endeavor. The need for intelligent security tools especially designed to better observe and recognize objects that have been left behind for a period of time has become a want of many highly-populated areas. To mitigate the concern of highly populated areas being attacked, enterprise level surveillance camera technology developed video analytics functions such as Abandoned Object Detection. While enterprise level security cameras protecting major cities use advanced computer hardware to continuously analyze security footage for possible criminal and terrorism associated behaviors, the Abandoned Object Detection function has trickled down to security camera products available to the home or business consumer. In this guide we will show you how to take advantage of this technology using a Smart Detection capable security camera purchased from CCTV Camera World.

Select security cameras that we carry here at CCTV Camera World offer a variety of Smart Detection functions, including Abandoned Object Detection. It is a video analytics function that detects objects that have been left unattended for a specified period of time. Similar to Missing Object Detection, Abandoned Object Detection is used to monitor an area that is not too busy. When activated, an object left in the targeted area for over the specified time will alert the user to the presence of the object either by push alert notification to a Smartphone, or email.

With the use of Abandoned Object Detection, there is no longer the need to monitor your surveillance system for 24 hours a day, waiting anxious and scared for some kind of problem to arise. Although too high of an influx of people may produce a few false positives, the reward is higher than the risk. Instead, with an email alert, capably manage the health and safety of others efficiently without losing sleep or employing more security guards to watch and guard the perimeter.

As the video shows above, even the home consumer can find a proper application to use abandoned object detection. If monitoring your front door, be notified of any packages left on the doorstep and then set missing object detection so you are alerted if they are taken.

Having Abandoned Object Detection protects areas of interest while avoiding costs of a security guard. Note that upgrades are constantly being done to create a more robust algorithm for Abandoned Object Detection to avoid false positives and produce consistent and effective results when dealing with security. After properly configuring the settings in your security camera, managing your area of interest becomes easier than ever to avoid any potential criminal activity.