Protect Your Security Cameras from Lightning 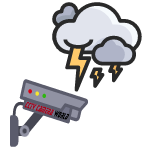 Extreme weather appears to be becoming more common as time passes. Powerful winter storms in Texas, record-breaking snowfall in Buffalo, and stronger hurricanes are all threats to electronics like security cameras from lightning, moisture, and power outages. Even though most people don't think of thunderstorms as being as damaging as those widely covered weather events, they still cause $17 billion or more in damage every year, according to the Insurance Information Institute. It's very important to take the right steps to protect your security camera system so you don't have to spend thousands of dollars to replace damaged equipment.

Lightning strikes are always looking for the path of least resistance to the ground. Security cameras are not necessarily more desirable than other electronics or structures for lightning. Lightning strikes cameras because they are usually placed high up on buildings and light or utility poles to get a good view. Most cameras are also made of metal, which is a good conductor of electricity and makes them vulnerable to lightning. When placed on tall buildings, cameras can act as lightning rods. If the right steps aren't taken to protect against lightning, the whole system could be fried. 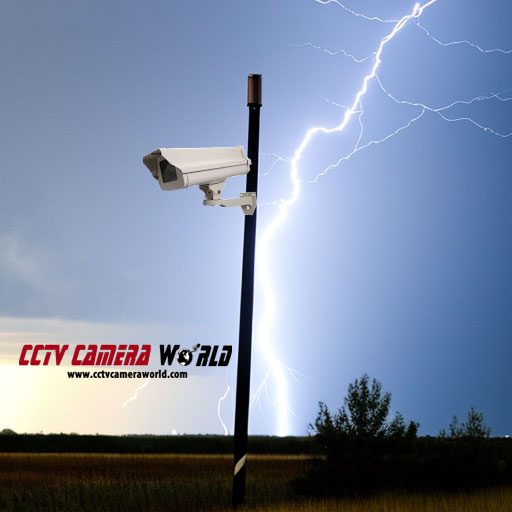 The fact that surveillance cameras are usually wired back to a recorder and/or power supply also makes them a target for lightning. These cables or wires provide a path for lightning to find the path of least resistance to reaching “ground.” Lightning doesn’t have to necessarily hit a building or camera directly, it can even travel from the ground up from a nearby lightning strike.

Lightning strikes can cause significant damage to PoE or analog security cameras and interrupt the surveillance of your property. To make sure your cameras keep working and that critical surveillance doesn't stop, you should take steps to protect them from lightning damage. By putting these practices into action, you can help keep your security equipment safe from lightning damage, keep your property safe and secure, and avoid the additional expense of replacing damaged equipment.

Where and how you install or mount a security camera makes a big difference in how likely it is to get struck by lightning or get damaged indirectly by a nearby strike. 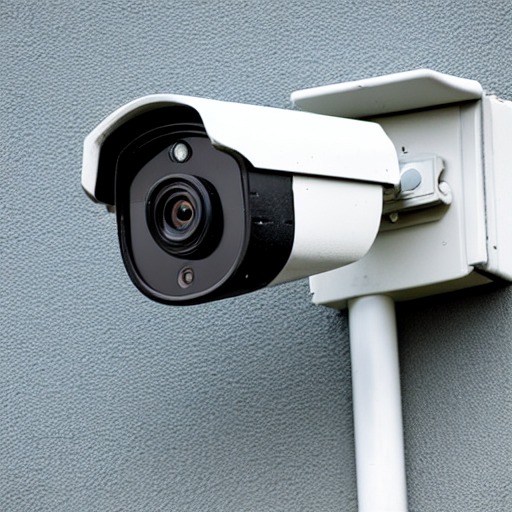 If you mount cameras on a bracket that is securely attached to the building or structure, strong winds during a lightning storm won't be able to knock them off. When shopping for security cameras, be sure to review the product specification sheet to check if a specific camera model is weather-resistant and has any over-voltage protection.

Below are some tips on where and how to mount security cameras to mitigate lightning risk.

Proper grounding is one of the most important steps to protect security cameras from lightning damage. To make sure the grounding equipment is set up correctly and safely, it is important to have a professional electrician do it.

For more information on ways to ground a building, check out this article on grounding electrodes by the International Association of Certified Home Inspectors.

PoE switches are devices that send both power and data to a PoE security camera over a single Ethernet cable. They also help keep cameras safe from power surges by acting as a buffer and giving the camera a steady supply of power. Also, some PoE switches have built-in surge protection, which helps mitigate lightning damage in two key ways:

It's important to know that surge protectors and PoE switches can't protect security cameras from lightning damage 100% of the time, but they do reduce the overall risk of damage to the entire security system. It's also important to use reputable brands and to check that the surge protectors have sufficient over-voltage protection, measured in joules, to protect any connected electronics. We suggest using a surge protector with at least 1000 joules of protection from brands such as Tripplite, Cyberpower, or Belkin.

An uninterruptible power supply (UPS) helps protect security cameras from lightning damage by keeping the camera or whole security camera system powered even if a lightning strike knocks the power out or causes a brownout.

A UPS also acts as a surge protector, helping to protect cameras from surges caused by power outages or brownouts. It's important to remember that, like surge protectors, a UPS doesn’t provide flawless protection, but it does make it much less likely that security cameras will get damaged. It also gives more time to safely turn cameras off if the power goes out.